I had a long break before and after Christmas season and I never had the chance to post our Christmas celebration. My kids and nieces are rallying and demanding me to post the Christmas photos and other activities so this would be a long post guys 🙂

Filipinos usually starts welcoming Christmas at the knock of “Ber” months. As early as September, you will hear Christmas songs played on the radios and I myself started to decorate our house with Christmas Tree last October.

Of course my daughters did all the decorating stuff while I was pre-occupied with a lot of work and issues here and now as am staring at my blog, I realized that I never post a single article about Christmas [sigh 😦 ]

But it’s better late than never, so I have to post all the activities we had before Christmas time and after New year.

My youngest and only son Robin Jr. (Nonoy) 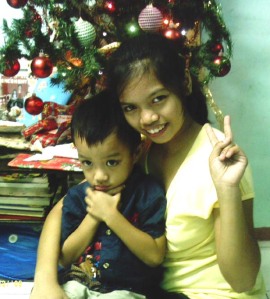 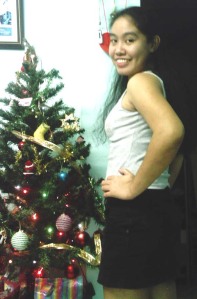 We’re off to church for the Misa de Gallo where we have to attend the early mass at 4am. Morning masses lasted for 9 days and it is believed and also part of Filipino traditions that a person who completed 9 days mass will have their wishes.

It is also a common tradition for Pinoys to buy native Filipino foods such as malagkit, suman, bibingka, ibos, puto etc… after the morning mass.

Belenismo – The art of making Belen

It’s one of the project of our present local officials. This was conceptualized by Tarlac Heritage Foundation President Isabel Cojuangco-Suntay aiming to make the province of Tarlac as  “Belen capital” of the Philippines. It was launched in 2007 and since then, it becomes a yearly activity for Tarlaquenos which is actively participated by different Barangays, municipalities, institutions and local organization from different sectors and local businesess of Tarlac. 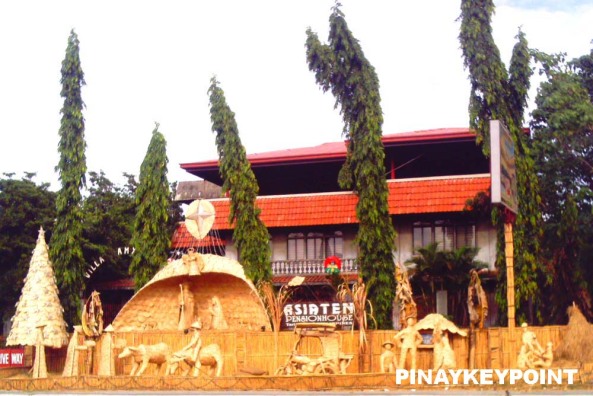 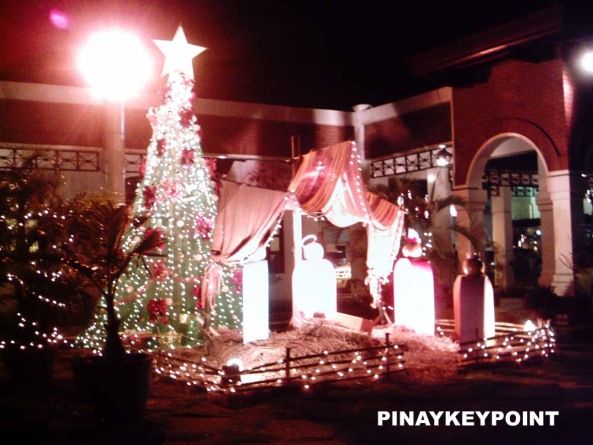 The Nolcom authorities temporarily stopped their daily demolition rounds campaign, maybe for the sake of Christmas but nailed this poster at our Barangay main entrance. At present, they never resume the usual rounds of military jeep anouncing demolition. The last update was prior to Christmas, Zone President announced that we will expect the release of Temporary Restraining Order (TRO) on January 27, 2009 and we are hopeful that it would be released earlier. 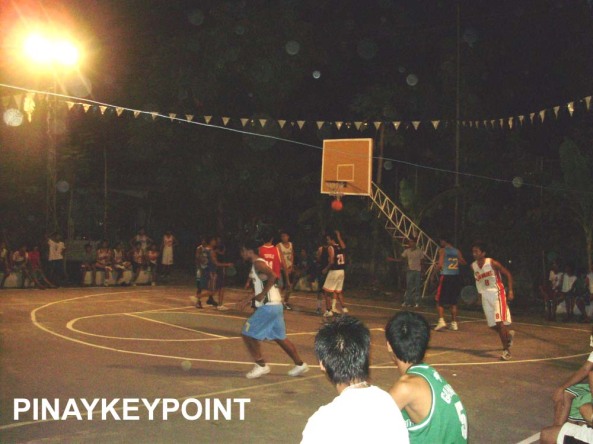 There were many activities in the city. Barangay Basketball league, was participated by different basketball teams from different Barangays. Hub coaches one of the basketball team. The overall winner was Barangay Texas.

Carolers were everywhere, kids, teens, adults & beggars. Some houses who don’t have an extra money for carolers will just put off their lights early. But since I am running a gaming homebiz (PC & Video), and most of my customers are children and teens, I have to allocate coins for them but the good thing about it is that it would go back in my pocket as they would be back playing the next day.

Prior to Christmas time, my kids were busy preparing for their school Christmas party and exchange gifts so as a mom, I have so many things to do which makes me so busy such as buying clothes, gifts, school projects etc… etc… not to mention my printing jobs which requires most of my time. 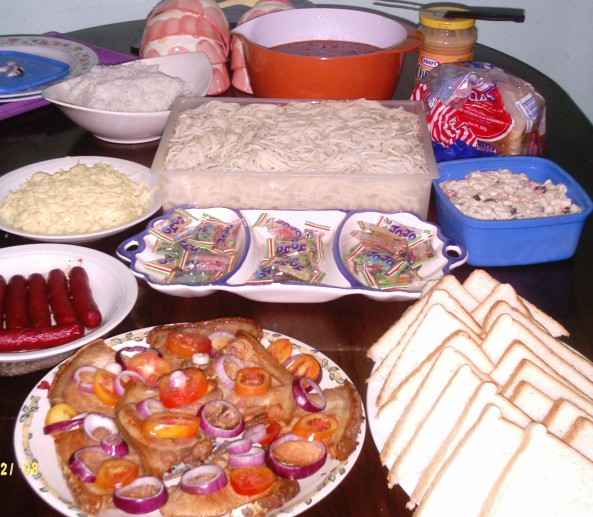 My day starts and ends at the kitchen lolz!

I have to cook for our Noche Buena. Macaroni Salad, Spaghetti, Crispy Pata, hotdogs, pan bread with cheese and a lot of candies for the kids. Gift giving… And a lot of Christmas Photos … 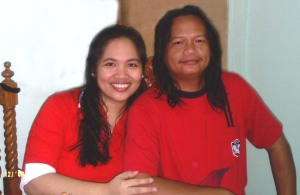 Kids visited their Ninongs & Ninangs (Godparents) to ask for blessings and gifts. We call it “pagmamano”, another Filipino tradition where kids and teens are visiting their Godparents, these were the people who sponsored our children during baptism and acts as second parents to our kids. They usually prepare gifts or money for their Godchildren. My kids want to extend their sincere thanks to Ninong Atty. Jojo Batalla, Ninang Ressie Reyes, Ninang Myrna Sapasap, Ninong Edgar Uy, Ninong Bong Gallo, Ninang Luz Corpuz, Tita Sally & Ate Cherry for the money and gifts. And I also want to thank my daughters for their gifts for us. I love  you Jek, Sab, Ish, nonoy & ate den…

Cherry’s firstborn was finally baptized before new year. We were all invited at the reception but we can’t leave the house so I stayed home to entertain some expected visitors while my entire family attended baby Jed’s christening. Welcome to the Christian World baby Jed 🙂 I hope you grow up to be a God-fearing boy with wisdom and kindness 🙂

My kids; Jessica, Sabrina, Rajisha, Nonoy and my niece Jane

Once again, our day starts and ends at the kitchen but this time Hub did most of the cooking 🙂 Another Filipino tradition, we have to prepare 12 fruits on our table, 1 bowl of rice, salt and water and malagkit with egg on top. My mother in-law is doing this yearly and now that she’s gone, we decided to follow her tradition. We were roaming the market to complete the list of fruits. We had grapes, apple, watermelon, melon fruit, oranges, kaimito, pineapple, banana, pears, chico, ponkan and buko (young coconut). Hub added garlic and onions this time.

For safety, we never use any firecracker this year. It’s also part of saving our budget so instead of firecrackers, we played Christmas songs and videoke. Childrens are playing videos till dawn and we gave it for free until the next day. 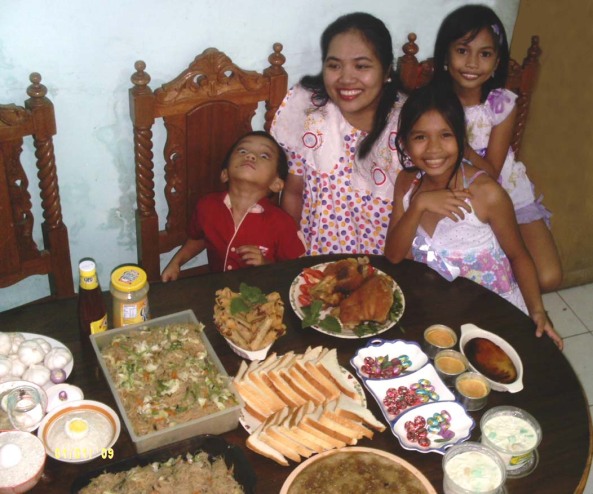 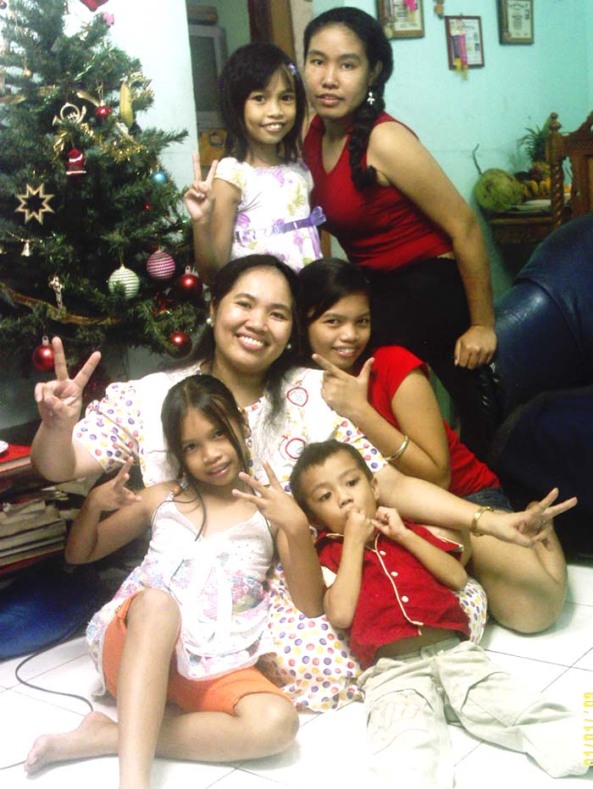 Final Pose 🙂 Happy New Year to all of you!!

The magic of “Ber” has passed and now we’re welcoming the New year with hope & gladness in our hearts. Happy New Year to all of you guys. May this year brings more blessings to all of us. Cheers!!